At Ullman Wealth Management, we advise a wide range of high net worth individuals, corporations, endowments, charities and foundations. We take the time to build a relationship with our clients, understand their unique objectives and from there develop a highly customized risk adjusted portfolio that best meets those objectives. Our platform is designed to provide holistic advice and services that are complementary to our investment process. 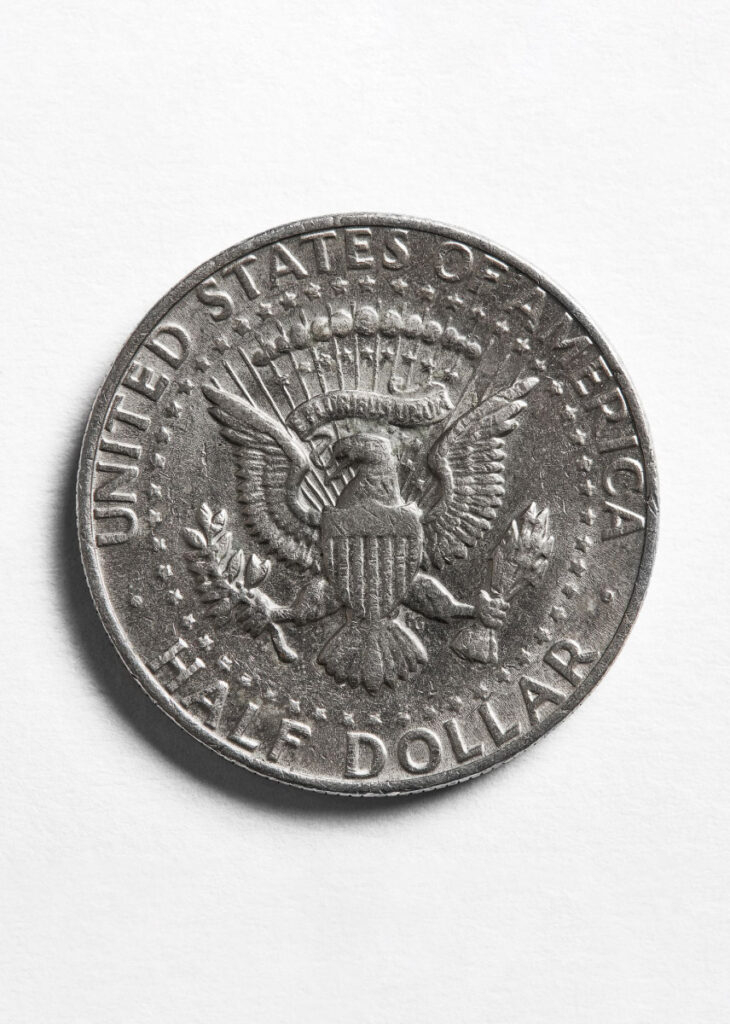 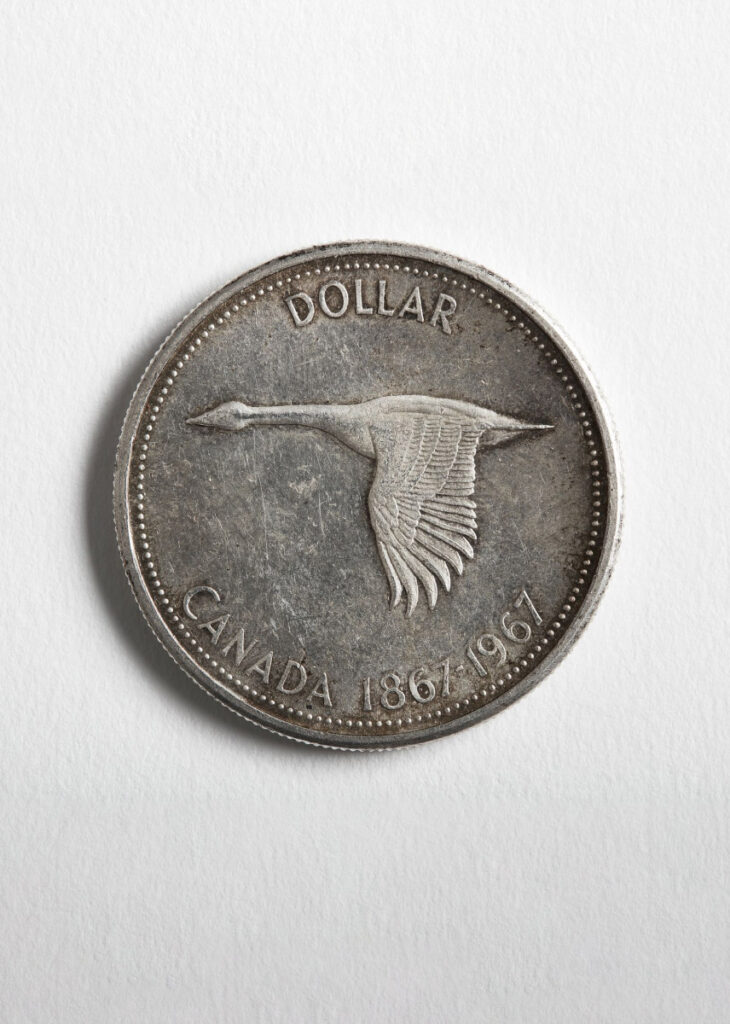 We develop unique capital management strategies based on our consideration and evaluation of the potential and risks of all asset classes, including equities, fixed income instruments, commodities, currencies, private equity, private debt and hedge fund absolute return strategies. Our open architecture model enables our clients to participate in private placements, private direct investments and utilize tailored volatility based strategies as portfolio protection.

Consider us your personal outsourced CIO. By assuming the investment stewardship role, we act as a fiduciary for your overall portfolio.

Our powerful hybrid model, which utilizes both internal and external investment management capabilities, allows us to access a broad range of positive return generating strategies and respond tactically to emerging opportunities. 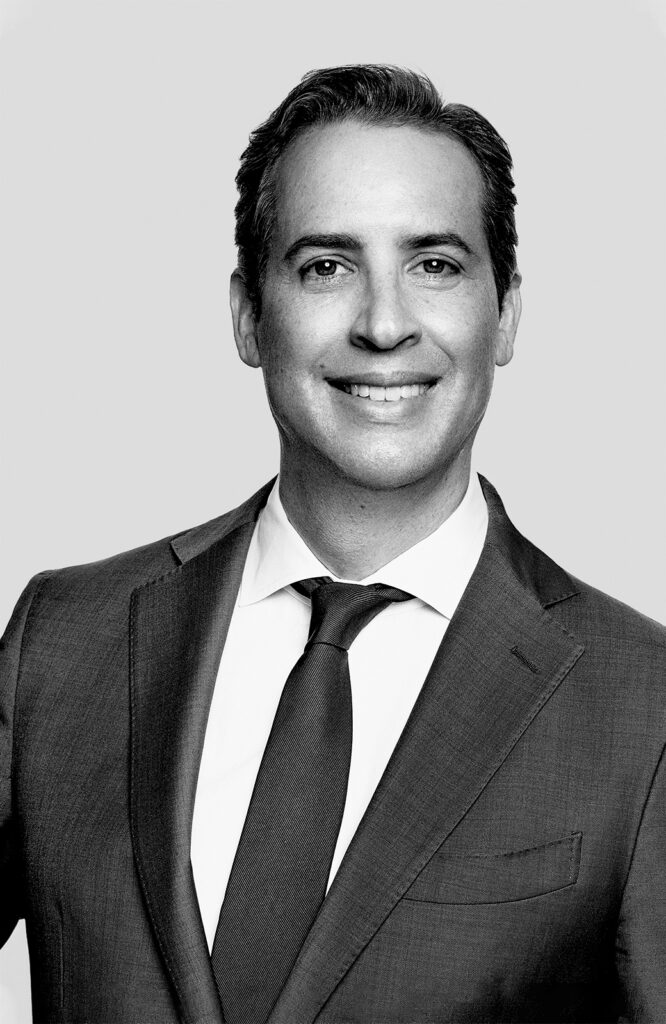 Lawrence is the founder of Ullman Wealth Management and sets the vision for our firm in the service of our clients. An accomplished strategist and investor, Lawrence drives the development of our capital management strategies.

Prior to establishing our firm, Lawrence led his team for nine years with RBC Dominion Securities, where he was consistently recognized in the elite Chairman’s Council. In 2001, he was named the firm’s top producer, the youngest person ever to achieve that honour. He retained that honour until his departure to a national boutique, where he was a highly successful portfolio manager for more than 11 years.

An active member of his community, Lawrence is a member of the Investment Committee of the Mount Sinai Hospital Foundation. He has also served on the boards of several local and national charities, including Weizmann Canada – one of the world’s leading multidisciplinary scientific research institutions – and the Arthritis Society where he was also co-founder and co-chair of the All-In For Arthritis gala event, which to date has raised more than $4 million for arthritis research and development. Lawrence was a founding member of the New Group at the Art Gallery of Ontario.

Lawrence is fluently bilingual and is a graduate of McGill University, where he earned both his Bachelor of Science and MBA degrees. Living with his family in Toronto, he is a member of the Toronto Lawn Tennis Club and the Granite Club. 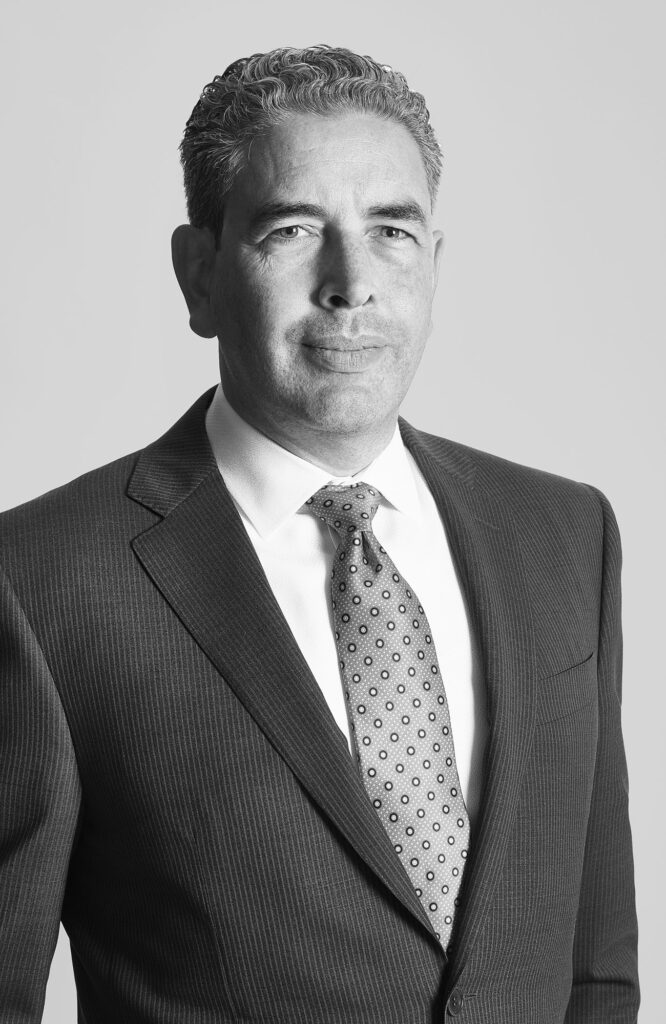 Steven is responsible for the development and execution of our strategic initiatives. He also oversees the business, operations and legal affairs of our firm.

Prior to joining Ullman Wealth Management, Steven was a partner at Davies Ward Phillips & Vineberg LLP, a preeminent Canadian business law firm, where he practised corporate and securities law for 25 years. In his years of private practice Steven advised on in excess of $20 billion in capital markets transactions. He also played a lead role on numerous capital markets regulatory matters and public and private mergers and acquisitions transactions, providing both legal and strategic advice to his clients. Steven was repeatedly recognized by Lexpert and The Best Lawyers in Canada as a leading lawyer in the areas of Corporate Finance and Securities, Mergers and Acquisitions, Corporate Commercial and Global Mining. 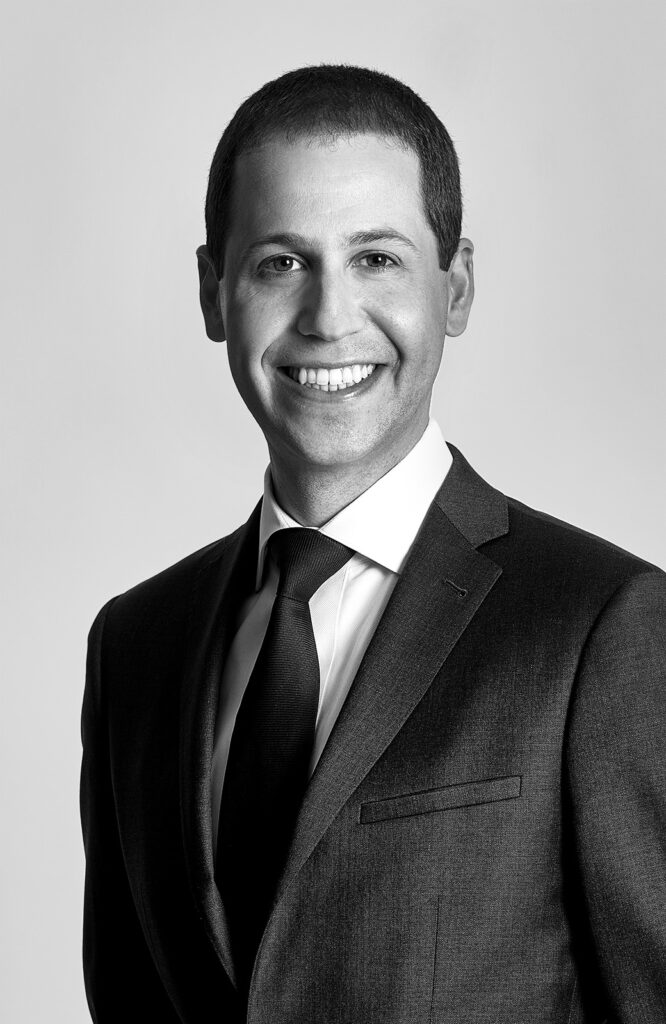 Marlon is responsible for client service, client relationship management, and business development for high net worth families and family offices.

Prior to joining Ullman Wealth Management, Marlon worked at one of Canada’s leading boutique wealth management firms for seven years. During that time, Marlon focused on client service, portfolio and risk management, and business development for high net worth investors.

Marlon is a Chartered Investment Manager and received his Bachelor of Business Administration from the Schulich School of Business. 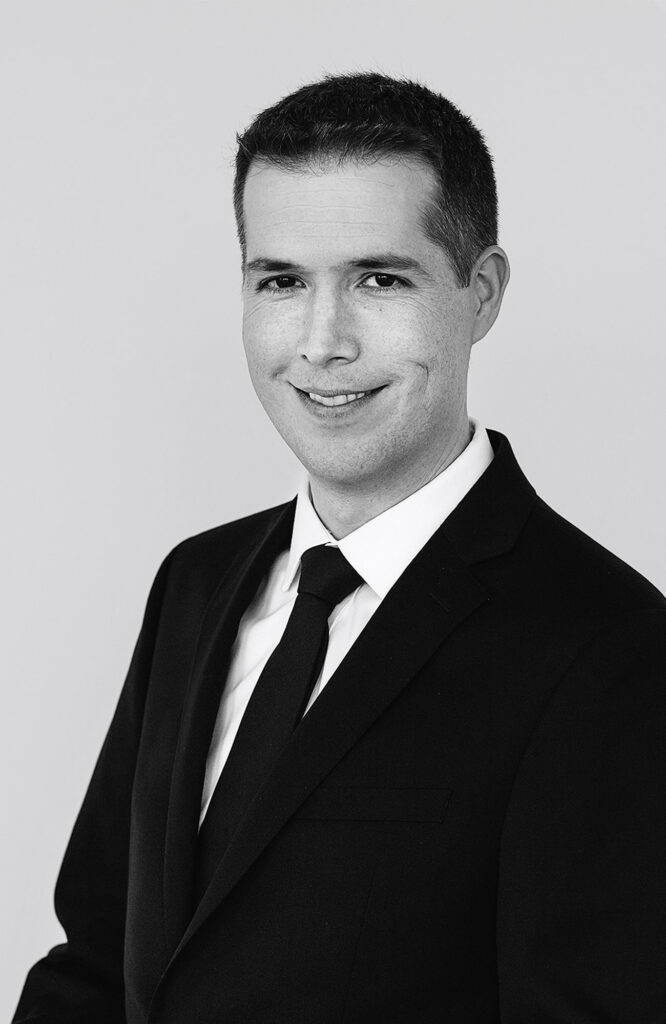 Prior to joining Ullman Wealth Management, Craig worked for one of Canada’s leading independent equity research firms, implementing and researching factor-based investing strategies and providing investment consulting services for institutional and retail money managers. He advised many of the largest institutions in the country and has seen factor investing transform the way they manage assets – helping to build more robust, better diversified portfolios with the potential for seeking outperformance and reducing risk. 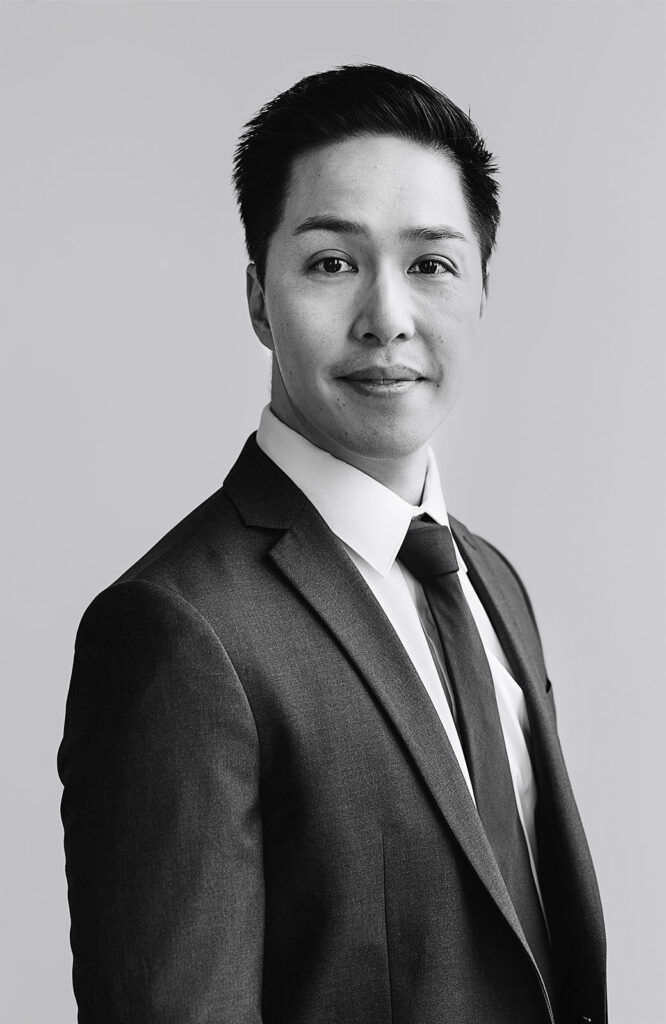 Jonathan is responsible for portfolio trading and operational strategy.

Prior to joining Ullman Wealth Management, Jonathan worked for one of the largest banks in Canada where he gained significant experience in personal finance and trade execution. He also led the establishment of the Business Process Management practice within the firm’s Direct Investing arm, responsible for standardizing and streamlining operational efficiency across the business segment.

Jonathan graduated from the University of Toronto with a Bachelor of Arts in Economics & Political Science. 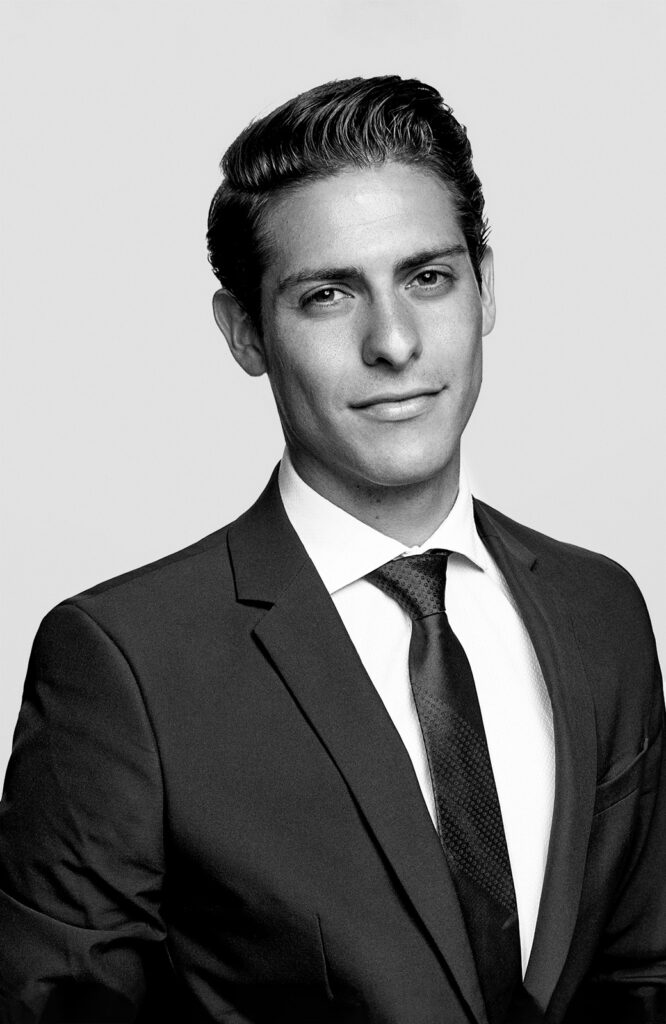 Alon is responsible for supporting our portfolio managers in the construction and monitoring of diversified investment portfolios and in the preparation and communication of investment presentations and client proposals. In this role Alon helps bring clarity and transparency to clients on investment strategies and ongoing portfolio management.

Alon earned his Bachelor of Arts in Business and Economics and in Sociology from Wilfrid Laurier University. He has also completed the Canadian Securities Course and is working towards his Certified Financial Planner designation. Alon is fluent in English and Russian. 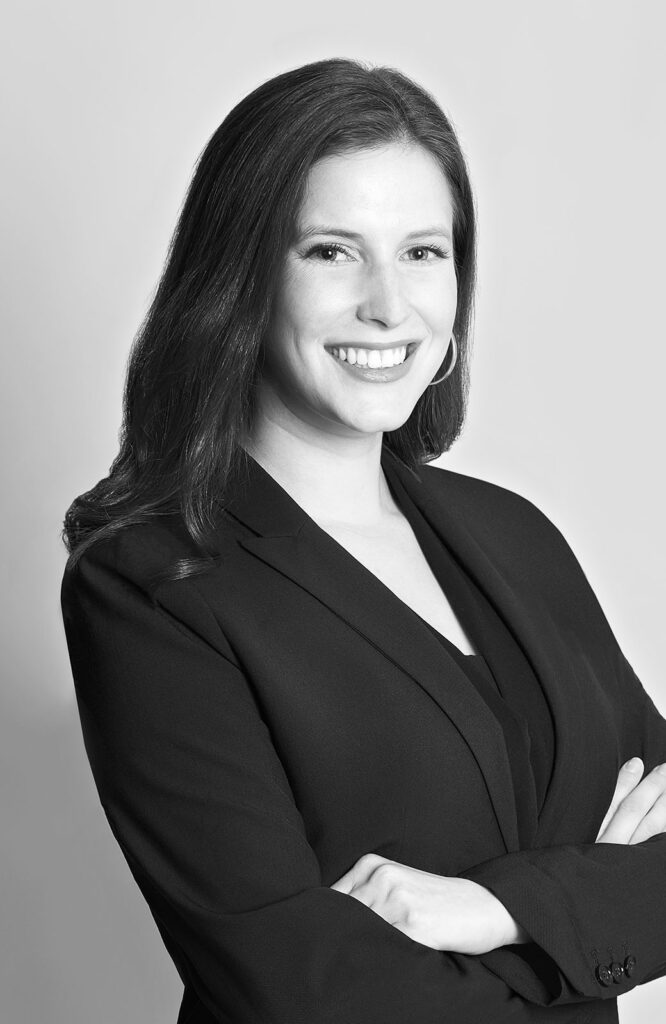 Emma is responsible for supporting our operations and asset management teams. In this role Emma is involved in client onboarding, account administration, and cash management. She also monitors and reports on portfolio trading activities and facilitates private investments.

Prior to joining Ullman Wealth Management, Emma worked in the client administration group at one of Canada’s leading boutique wealth management firms.

Emma obtained her Bachelor of Arts in Philosophy and Anthropology from Concordia University. 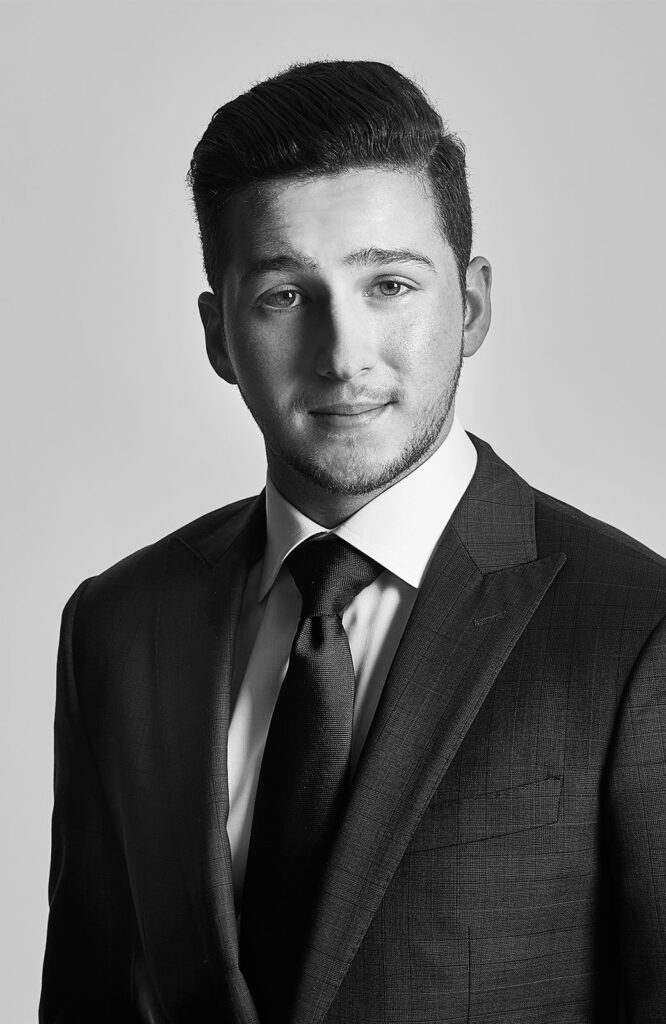 Harrison is pursuing an undergraduate degree in applied economics and a certificate in business from the Smith School of Business at Queen’s University.

WE ARE ALWAYS
LOOKING FOR
TALENTED PARTNERS
TO JOIN OUR TEAM.